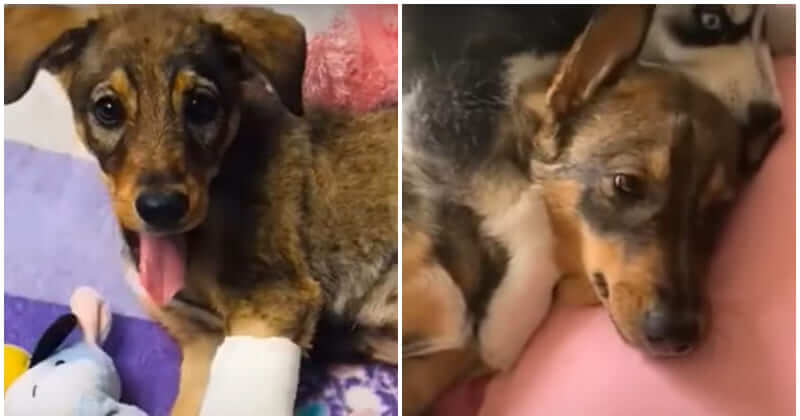 After a car accident, Mojdeh couldn’t move his leg. The poor boy was pleading with a sad face and plaintive crying, but no one on the road seemed to notice his appearance. A kind man who spotted him while he was driving through the road decided to take Mojdeh to the vet for medical treatment. 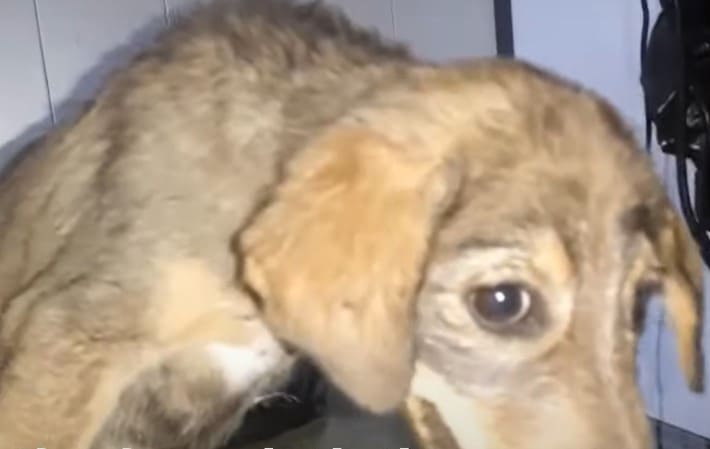 According to the X-ray result, the doctor concluded that he got a bone dislocation, which restricted the movements of his head. Although the surgery was a requirement, the vet decided it was better to wait for his condition to improve. He was in special care during the following two days and went on the complicated surgery on day three. After that, It took only three hours for the boy to regain his consciousness. Waking up from the operation, he felt hungry and wanted good food. 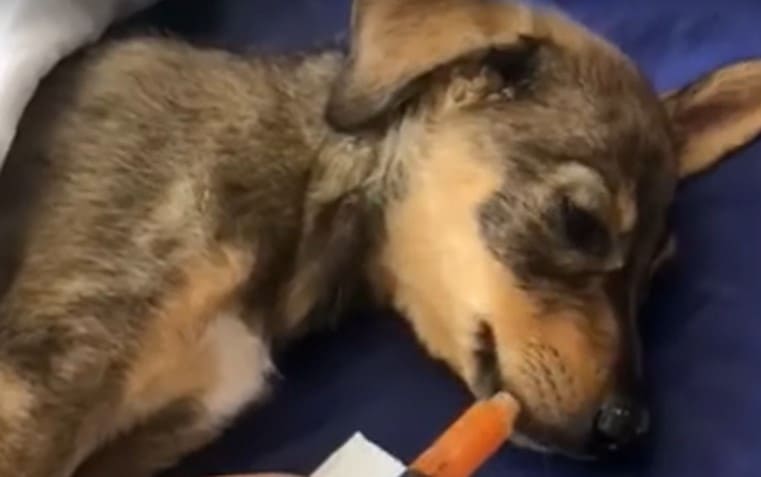 During the next week, the young boy recovered quickly. He slept well and ate better. The rescuer knew that good medicine was a good treatment, but it was Mojdeh’s will that helped the boy heal up amazingly. Several days later, the vet checked him again and found out that his back legs were weakened after the accident. They gave Mojdeh physiotherapy three times a week so that he could regain the feelings of the legs. 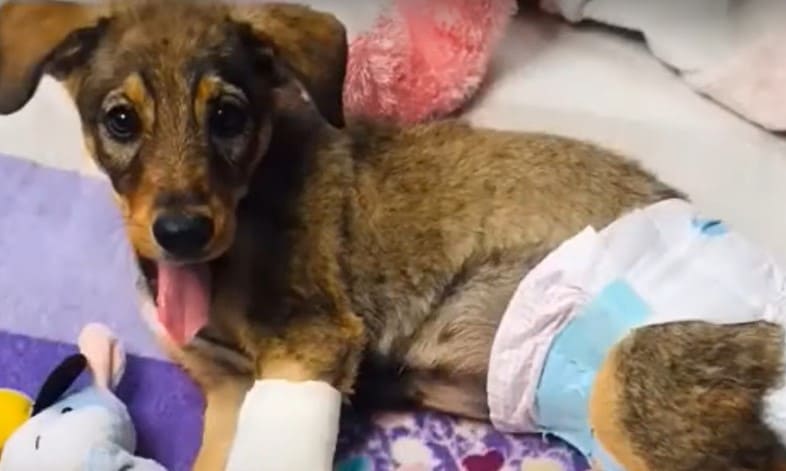 In the first week of rehabilitation, the boy had no energy at all. On day nineteen, he stopped eating, which scared the man. He immediately took the poor dog to the vet for a blood test and medicine. The doctors checked his condition again, and thankfully, no problem was found. To prevent the same thing from happening, Mojdeh had to stay at the vet for the next two weeks. Receiving human love and care, the boy’s spirit lifted day by day. His rescuer always believed that Mojdeh was a brave boy who never gave up fighting for his survival. 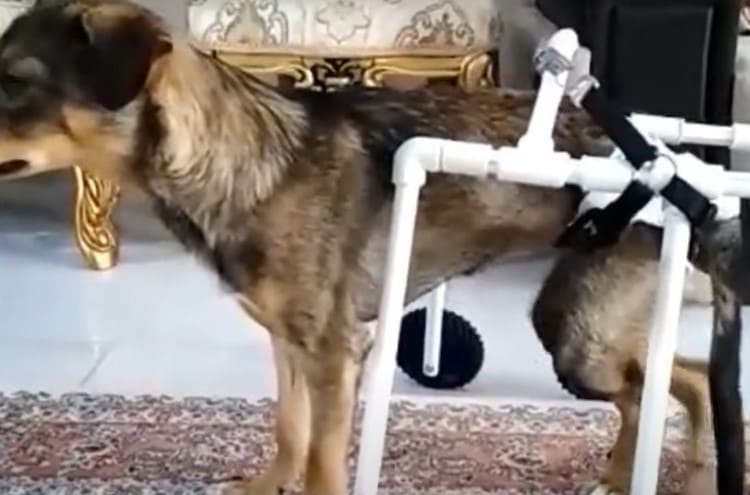 On day 37, happiness came to the poor soul when he could leave the vet. Mojdeh was taken home and continued his recovery journey. Reaching the rescuer’s house, he felt strange and uncomfortable at first. But thanks to the sweetness of loving people, the bitterness in his heart faded. Mojdeh felt safe and peaceful living with the rescuer and his family. Also, he was trained to use the wheel cart. 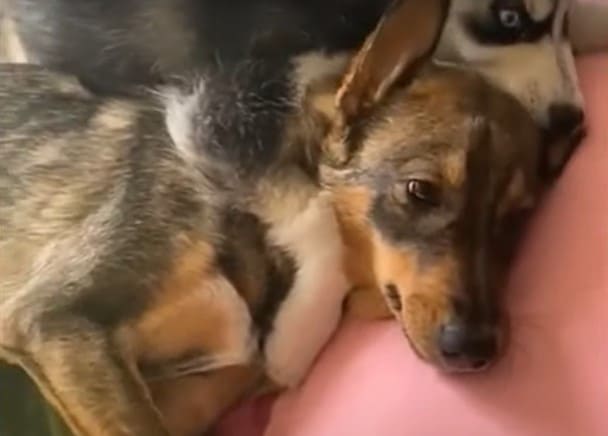 Despite huge efforts, Mojdeh’s health didn’t see any improvements. The man, who gave Mojdeh the special love, felt sad. But he knew that was the time he should not give up. Every day, he and Mojdeh ate breakfast together, went out for a walk, and enjoyed the most sincere moments together. The dog is still in his treatment. Maybe he will need to overcome a long process ahead. He is happy to stay in a safe place and live in good hands. Let’s pray for this warrior to heal up soon.

Two Stray Dog, One Of Them Missing His Leg Were Rescued Out Of Road

25 Funny Memes To Spice Up Your Weekend