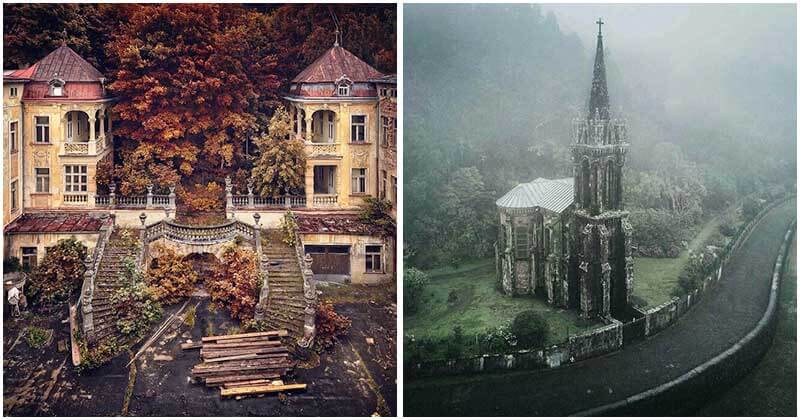 You probably see some abandoned places in movies or magazines and think they look so quaint and eerie. It’s just the feeling at that time. How about you experience stumbling onto a deserted area in the middle of nowhere one day? You may be scared to death by the creepy atmosphere, and you only want to disappear in a blink to get rid of fear. Or, maybe, you will have a chance of a lifetime to take a picture of one of the most mysterious corners on earth that make you have an unresisting urge to explore.

If you are an adventure lover, there is an ideal community on Reddit that will be worth your attention. The members here regularly share striking photos of forsaken places from around the world, and for your convenience, we’ve rounded up some of the best ones in the collection below. These impressive pics of nature will surely make your yearning for adventure rise up. Let’s give them a look.

#1. Moorehall, House And Estate Built 1795 In Mayo, Ireland. It Burnt Down 1923 During The Irish Civil War And Has Been Abandoned Ever Since #2. Norway, The Country Of Fairy Tales #4. This Hotel In Europe #7. SS City Of Adelaide, Wrecked Off The Coast Of Magnetic Island #8. Found An Old Abandoned Diner While Driving Down Some Back Roads #14. Light Rays Making Their Way Into An Abandoned Theater #15. A Library Inside An Abandoned 19th Century Mansion #18. Found This Beautiful Tree Growing Inside An Abandoned Silo While I Was Exploring #20. Lit Up This Spooky Abandoned House With My Drone And A Lume Cube Attached To It 30 Funny Photos Of “Kid Logic” That Adults Can Never Relate

Kind Man Rescued A Starving Abandoned Kitten On The Road