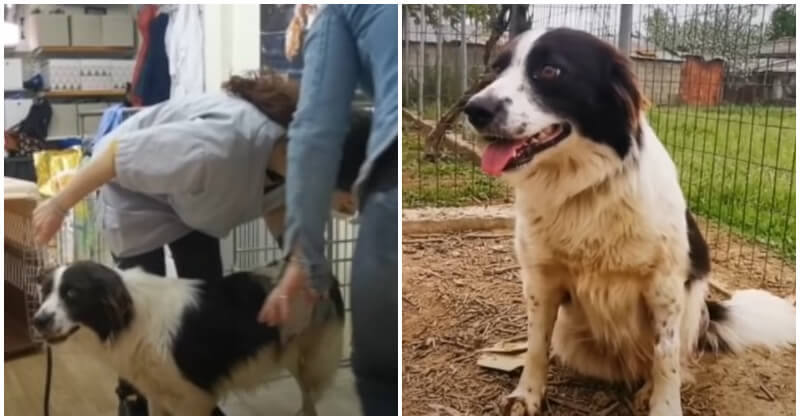 In June 2021, DAR Animal Rescue saved a poor dog losing part of her leg and suffering much pain. When the dog was found, she could hardly use the injured leg and was struggling to survive. Ermioni, the founder of DAR Animal Rescue, rushed the poor dog to the vet and cared for her. The injury was so painful that it could make the dog scream with just a light touch. The vet calmed her down with some pain medicine and caressing. By looking at the wound, they could see that her leg was in the worst condition. It had no paws, and the remaining part was rotten. To save her life, the vet had to amputate the leg. Due to the physical examination, they found out the girl also had fleas and ticks. Her therapy included flea treatment, leg surgery, good rest, and human love. After the fleas and ticks had been controlled, the dog went through an operation to remove her damaged leg. Luckily, it was a success. Waking up from the surgery, the girl was still weak. During the following weeks, she continued her recovery process at the clinic. Receiving the love and care of the doctors, the little soul healed up quickly, and her condition got improved day and day. She ate well and slept better. The poor dog was a warrior who never gave up fighting for her life. Despite losing one leg, she was still a cheerful girl with positive energy. At first, it wasn’t easy for the girl to walk with only three legs, but she finally learned that skill thanks to her determination. A couple of weeks later, the dog was strong enough to leave the vet. She felt happy and excited. Several days after, Ermioni took her to a safe and comfortable shelter where she could play and have lovely friends. She was soon adopted by a great family who loved and cared for her. Thank Ermioni and DAR Animal Rescue to save such a sweet soul and giving her a second chance. If you want to send a small donation for rescues like this to happen, click here. Watch the full rescue below:

Try Not To Laugh At These Hilarious Clothing Disasters

18 Funny Pictures Of Body Hair That Will Blow Your Mind