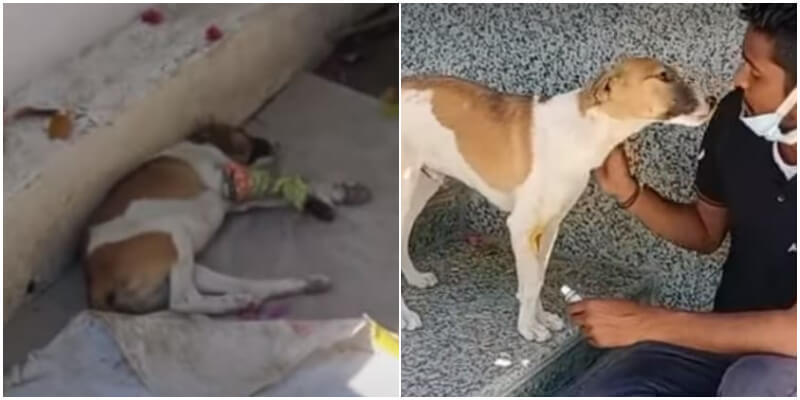 Neighbors who often feed street dogs found one of the puppies near their houses with a deep forearm wound. They called Animal Aid Unlimited (AAU) to ask for help. The puppy immediately received medical care at the hospital, healed up quickly, and reunited with his family. The puppy is currently living happily with his parents. He is so grateful for the rescuers who saved his life. 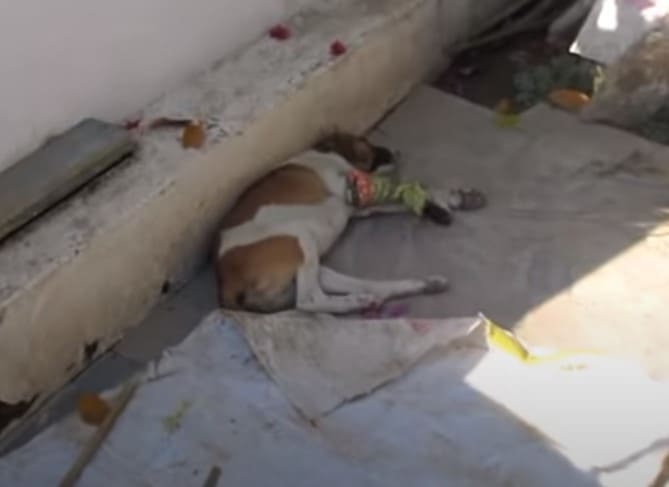 Jazzy, having an injured leg, suffered so much pain that he just lay still on the side. Meanwhile, his siblings and parents carried on merrily. He was then taken to the vet by the rescuers. Jazzy was used to touching, so he didn’t felt scared when the doctors were examining him. His wound was deep and big, so it would take a long time for him to heal up. The doctors flushed his wound and tied a fresh bandage around it. After that, the puppy was fed, and luckily, he enjoyed the meal. 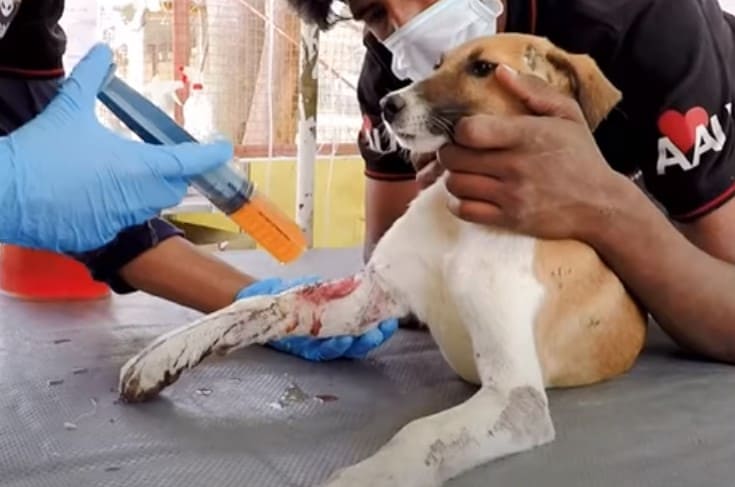 Jazzy could feel the love and care from warm-hearted people at the hospital and his wound healed up quickly. Within two weeks of daily flushing and fresh bandaging, the little creature was in a much better condition. He was ready to return to his furry family. The doctors thought that treating him was such a cheerful time. They’d love to keep him forever, but someone was still waiting for him to come back. So they decided to take him back to their parents. 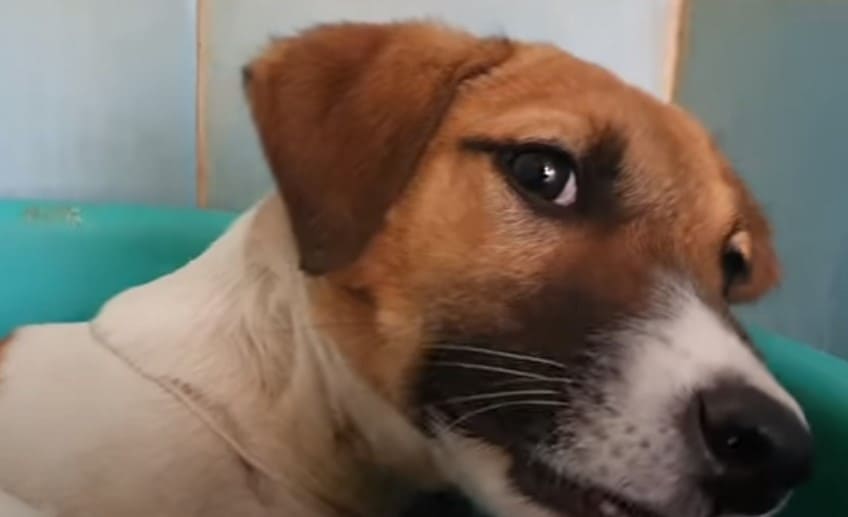 However, for the next one month, Jazzy continued his daily treatment at home until he fully recovered. And the vet visited him every day to check his progress. They loved him and hoped the little puppy could stay healthy. With the love and care from the doctors, it didn’t take long for the sweetheart to get over his injury. He was very happy and his parents showed gratitude for the rescuers. 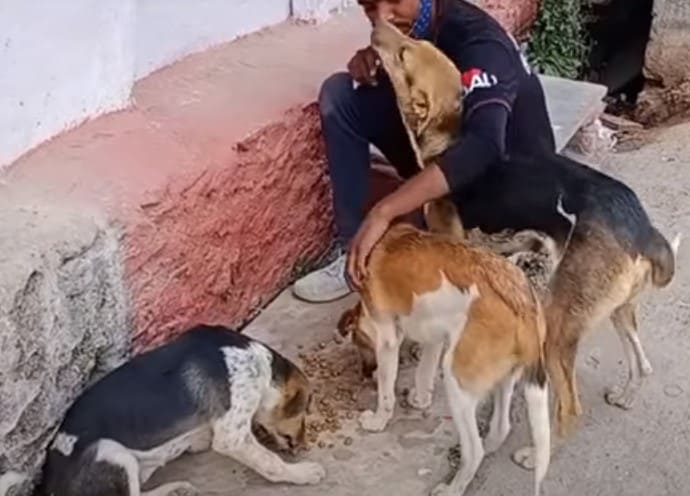 Next Post
Mom Dog Got A Baby Stuck In Her Birth Canal, But Six Remaining Puppies Were Saved In An Urgent C-Section 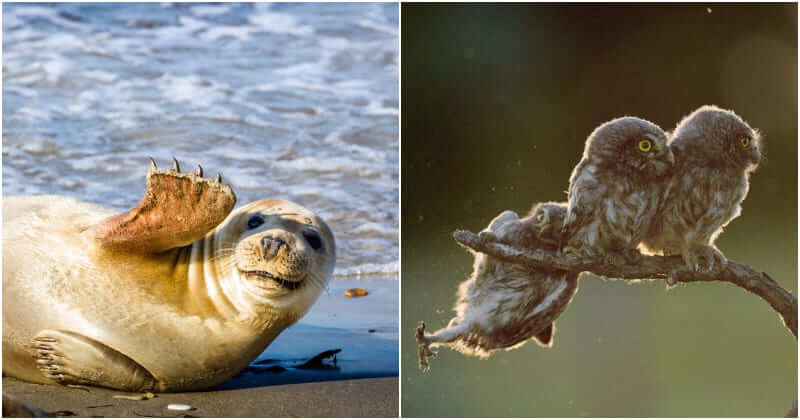 20 Animals Who Don’t Know How Adorably Funny They Are