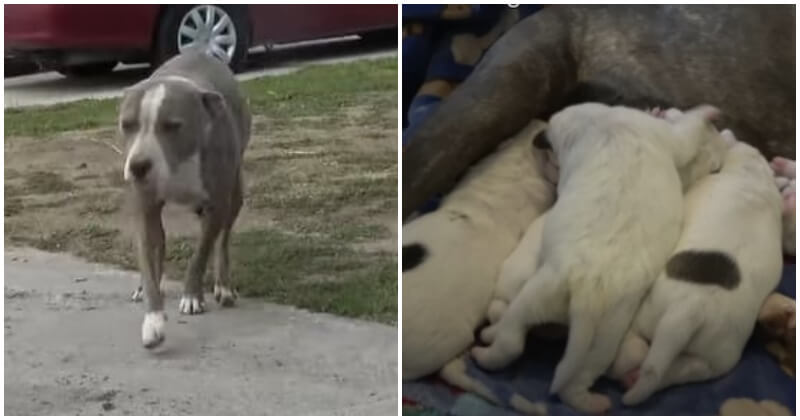 Being a mother is tough, and you can’t imagine doing it alone, on the streets, in a dirty place. But it is what stray mom dogs have to overcome during childbirth. By getting them off the street, we can provide them a safer place for birth-giving. Meet Waffles, a homeless Pit Bull who successfully gave birth to her six puppies after being rescued from the street. 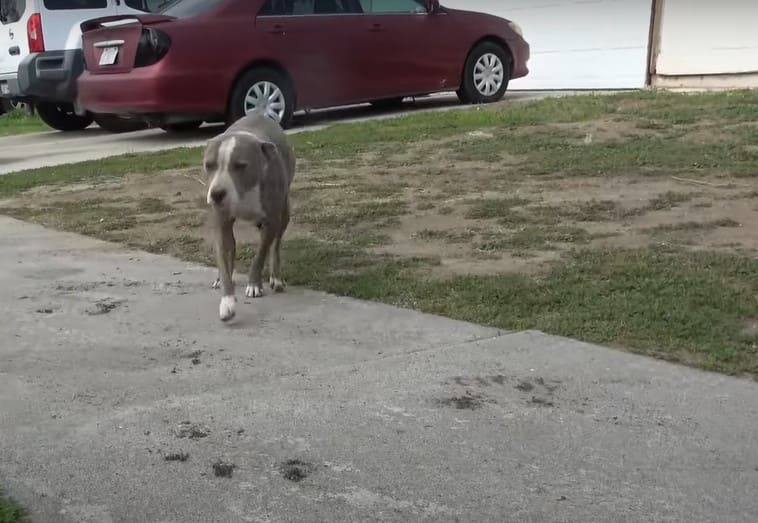 Noticing the rescuers of Hope For Paws, Waffles wagged her tail to show her happiness. Quickly, the rescuers could catch her with a leash. The friendly mom dog didn’t put up a fight. She was wise enough to understand that leash meant help. But her interesting reactions amazed everyone, not only the rescuers but also many fans of Hope For Paws. They commented on their video that it was the easiest and sweetest rescue ever. 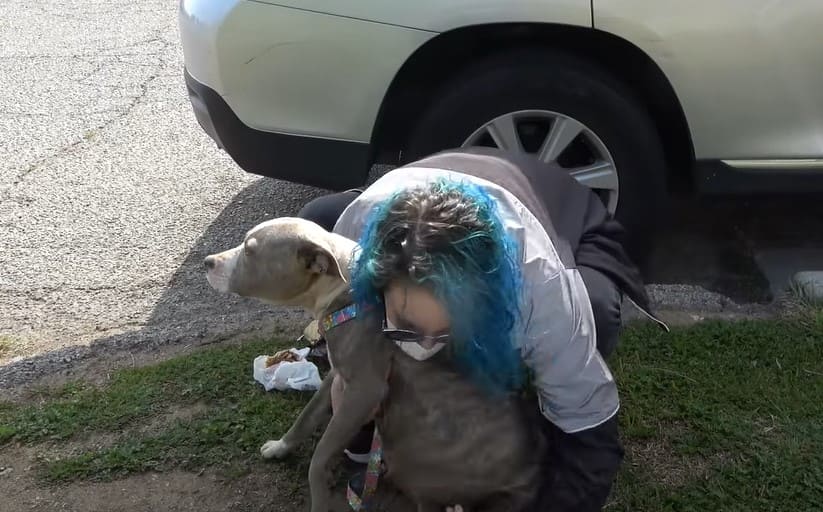 After that, Waffles was taken to the vet. The X-rays showed that she was going to become a mother of six babies. JoAnn took her home and cared for her until childbirth. On the same day, she went into labor. The contractions came with pains, but Waffles used up all of her bravery to overcome it. After the first baby had been born, she washed him with a rough tongue to stimulate him to breathe. The labor lasted all night. During that time, JoAnn stayed with Waffles so that she could feel safety and comfort. 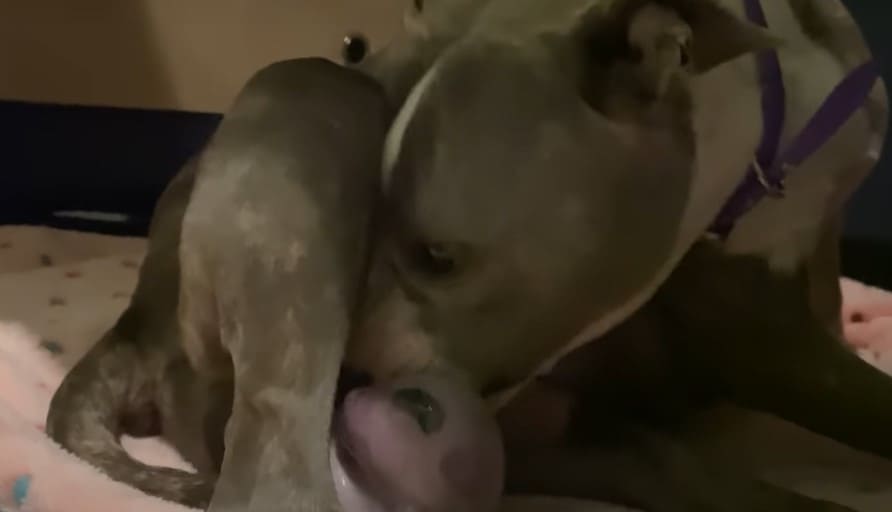 Six little baby pups are Pancake, Sausage, Beignet, Doughnut, Hashbrown, and Croissant. They are all great eaters and were receiving good nursing from their mom. If you want to adopt Waffles and her sweet babies, contact Angel City Pits. Hope For Paws is still receiving calls every day and their rescues need your support. Donate them via Paypal if you find their work meaningful. 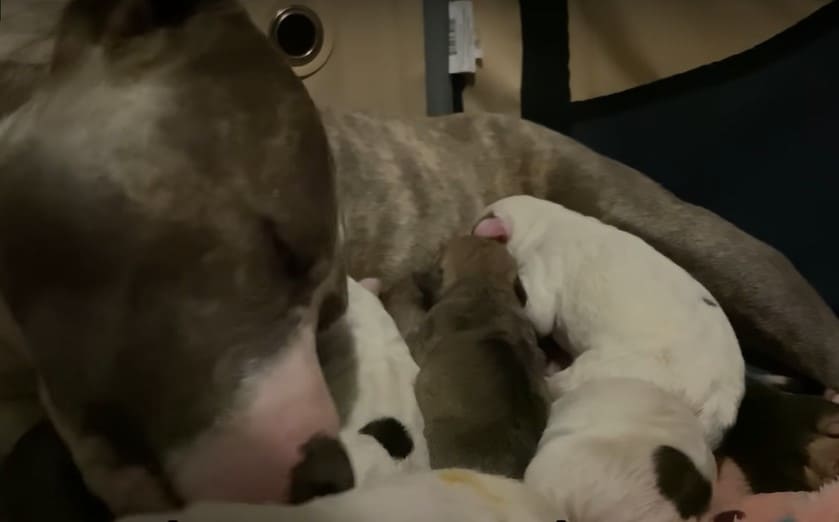